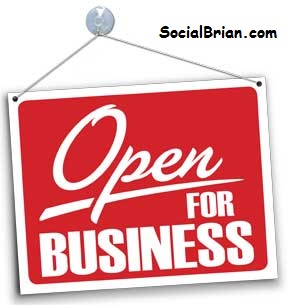 G and I were just talking about how we wish we would have seen Saipan at its peak in tourism and in the economy.  We are hoping and praying that Saipan's economy picks up for everyone's sake.  Let's face it, austerity Fridays suck.

Well it looks like there may be a some hope.   BOH is accepting grant applications for small businesses on Saipan.  I would apply but I don't have a proven track record or management experience in owning a small business. Still I keep wondering what type of business would thrive out here.  It's sad to see so many empty commercial buildings and shops along Beach and Middle road.

I was thinking about what type of small business I would open if I got approved! I have two lists. One list is what I think Saipan really needs and the second list is my wish list for Saipan.

What I think Saipan needs:

What I wish Saipan had:

Anyway, that is all I could think of at this moment. Let me know what business you would open in Saipan if you were approved a grant from BOH. 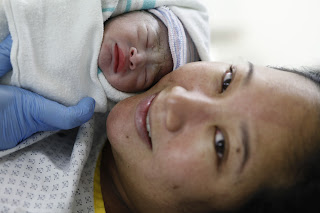 A picture of the first time Nolan and I met after 8 hours of labor. Not the most prettiest picture of us but definitely a special moment.

I'll always remember the first time I saw his cute face.  After I delivered Nolan a nurse brought him by me for a quick moment to meet him.  He was tiny!  He was only 4 lbs and 10 oz.  and he came six weeks early because I had developed a condition called pre-eclampsia.   I had just a couple of seconds to kiss him and they took him away to the advanced nursery to stabilize him.

Honestly everything happened so fast.  We are so thankful we were in Guam for the delivery.  I felt really well take care of by Dr. Kaaren Zvonik and the nurses at Labor and Delivery at Guam Memorial Hospital. 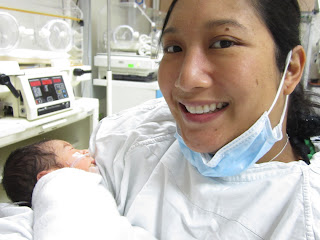 Visiting Nolan in the advanced nursery

It's hard to believe that I had baby Nolan eight weeks ago.  Today he's almost ten pounds and full of life.  I'm so blessed to have him in my life. <3 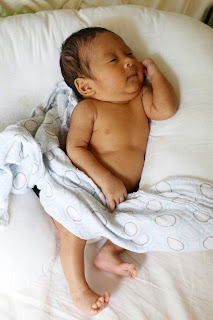