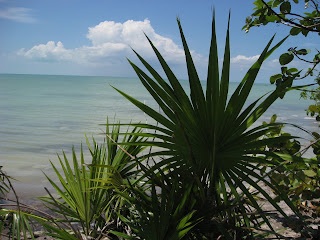 Morning walks on the beach in Sarteneja. 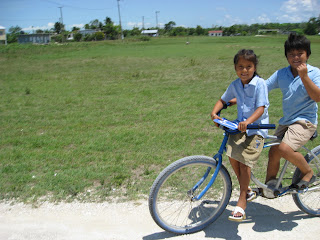 Riding our bikes on the streets of Sarteneja. 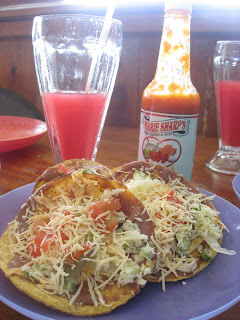 Drinking fresh Watermelon Juice and eating at Liz's taco stand in Sarteneja. One of our best meals for only $1. 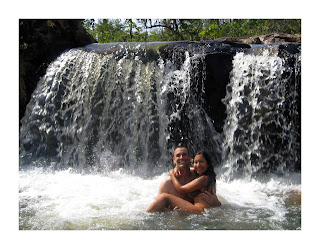 Relaxing in the fresh water pools. 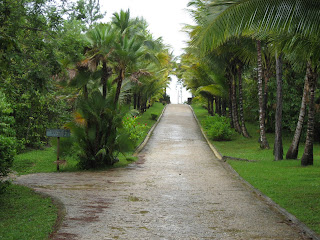 The entrance to the Blacaneaux experience. 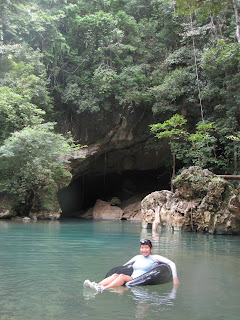 Cavetubing seven miles in underground Mayan caves at Caves Ranch. The Mayans believed these underground caves were the entrance to the underworld. There were spectacular cave formations and bats! 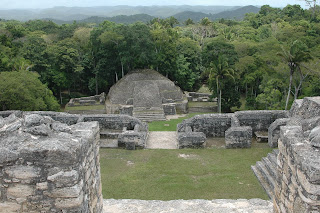 Exploring another Mayan ruin at Caracol near the Guatemalan border. 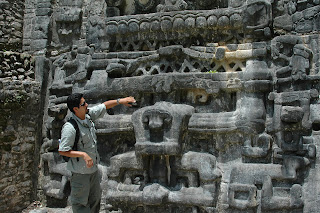 Learning about Mayan culture and its gods. 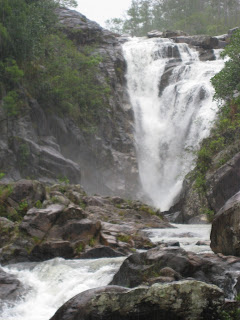 Hiking a two and a half mile trail from Blancaneaux to Big Rock waterfall. 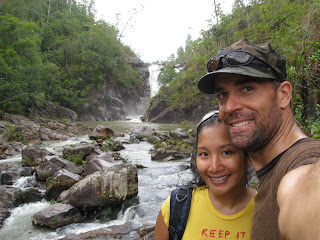 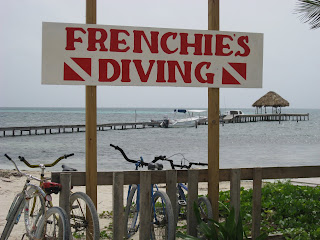 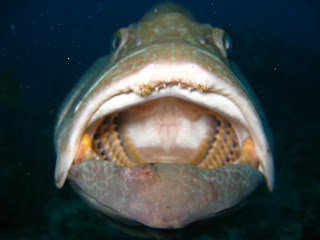 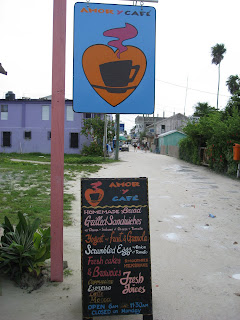 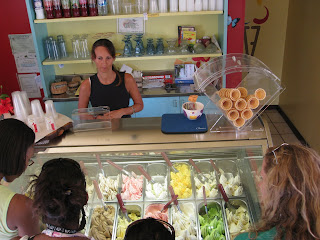 Tasting every flavor of authentic Italian gelato at Tutti fruiti in Placencia! My favorite flavor was mango! 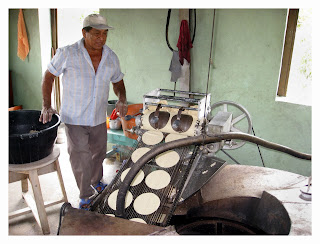 Eating fresh corn tortillas at a tortilleria in Sarteneja. You could get half a pound for less than $.25 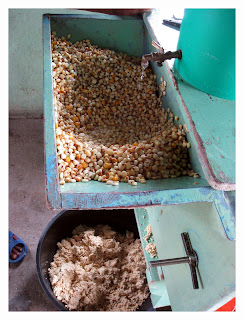 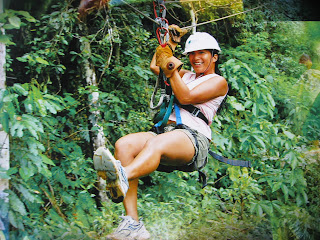 Ziplining in the jungles of Belize.
Posted by Bev at 5:53 AM 9 comments:

I'm back on track and it feels great to start training again. After finishing the Xterra triathlon the intensity of my training went down hill. OK, truthfully I've been a little lazy. Now I feel like I'm starting from scratch! So I've dusted off my mountain bike and bought new running shoes to get me started again.

Aside from my goal to train for the Xterra championship in Saipan next year, Brit inspired me to start training for the L.A. Marathon in March 2009. My running buddy, Jessica, and I joined a local running group called the Loma Linda Lopers. This running group has been around for over 30 years and has over 250 members in the Loma Linda chapter alone. You can't miss us because most of us are wearing our hot pink tank tops and are along the main streets in Loma Linda.

What I love about this running group is that you get to train with people who truly enjoy running and the challenges of it. Every Sunday mornings we meet up at 6:30 and have really great lectures on proper stretching, weight control, shoes, motivation . . . Then we break off to our different pace groups and go for our long runs in the morning.

We are following a weekly schedule which consists of two weekly runs on our own and a long run on the weekend with our pace groups. So far we are on Mile 3 of 26!!! A long way to go but I know we'll eventually get there!
Posted by Bev at 2:59 AM 9 comments:

My Belize trip was the perfect transition after leaving Saipan. Greg and I just spent about four weeks ziplining through the jungles, exploring Mayan ruins, and diving in the second largest barrier reef in the world! Whale Sharks are amazing, but more on that later. 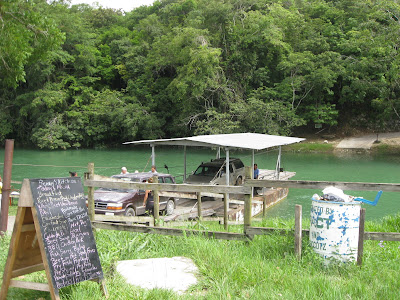 These pictures are from our afternoon trip out to my favorite Mayan ruin known as Xunantunich (Stone Maiden). It's just located a few short miles from the Guatamalan border. 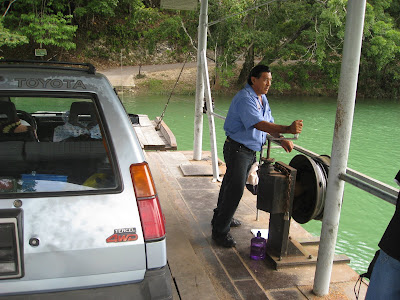 From San Ignacio you can either take the local bus or a cab to the site and it's about a twenty minute commute. On your way to the site you must cross the Mopan River at the base on a hand cranked vehicle ferry! 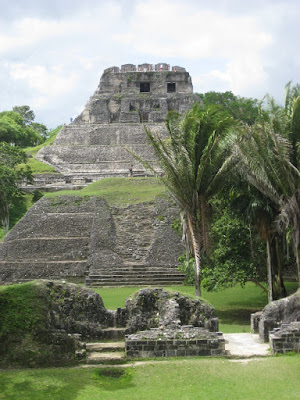 Without a doubt, this site has great energy and the climb to the top is definitely worth the visit. It's set on a leveled hilltop and is the archaeological pride of Belize. 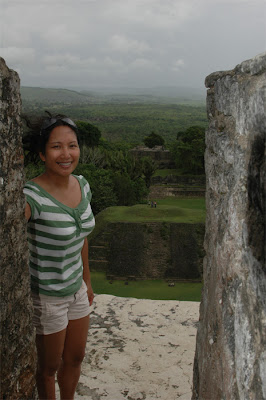 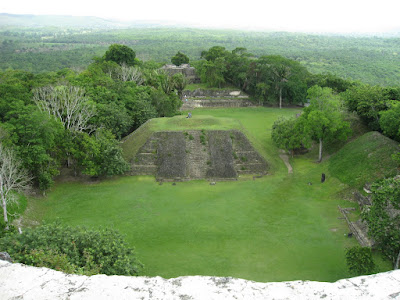 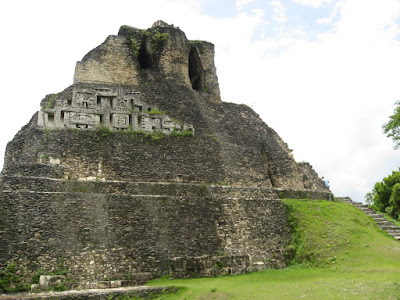 This view was pretty impressive. I kept thinking I can't believe I'm here!! Did you know that only about 5% of Belize has been excavated. If they could only find a way to get more funds to do more research and uncover more sites like this.

This site once flourished as a ceremonial center and is thought to have been abandoned after an earthquake around AD 900. It's tallest building, El Castillo, rises about 40 m (131 ft) above the jungle.

More posts to come about my other adventures=)