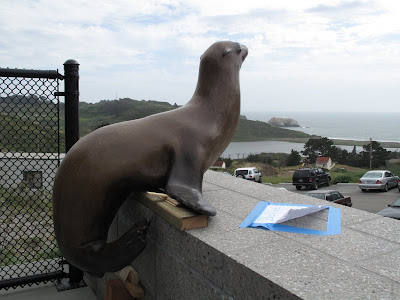 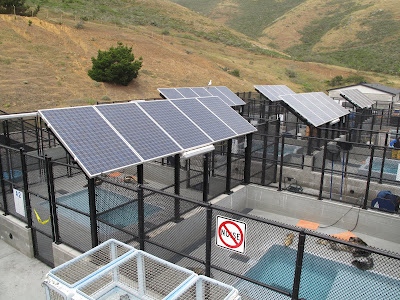 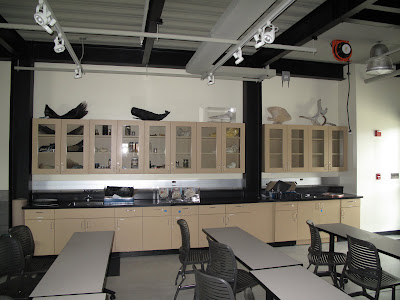 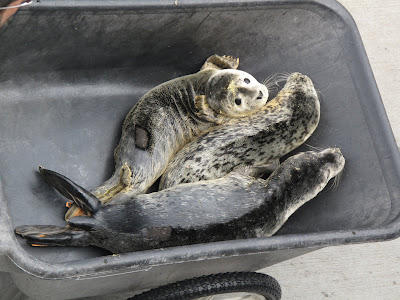 I've found a new way to meet people in the bay area who love marine life as much as I do! I've started a 5 week docent training at the Marine Mammel Center in the Marine Headlands.

The center is a non profit hospital, research, and education facility. The most common patients that we take care of are California Seal Lions, Elephant Seal pups, and Harbor Seal pups! We rescue, rehabilitate, and release these sick animals.

This facility is researching why many of our animals have stranded on our beaches. Some examples are diseases such as Demoic Acid (neurotoxin that causes seizures and eventually death), Leptosporosis (bacteria that affects the kidneys), Shark bites, gun shot wounds from fishermen. The list goes on and on.

I've got two more weeks of training to go and then I get to educate people about what this wonderful organization is all about! So far I'm loving it. More details about it later.

These are a few pictures of the facility. The first picture is of a sea lion statue that overlooks Rodeo Beach. The second picture is some of the pens that the animals are placed in. They have underground pools for them to swim in. The third picture is the classroom that we meet in. And the last picture are actual patients called Harbor Seal Pups! These are my favorite!! More about my new side job later=)
Posted by Bev at 9:32 AM 4 comments: 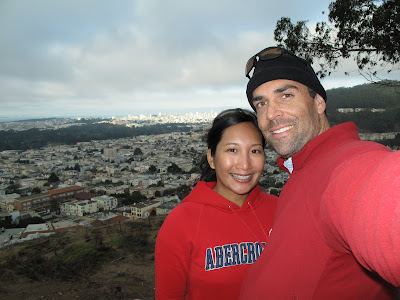 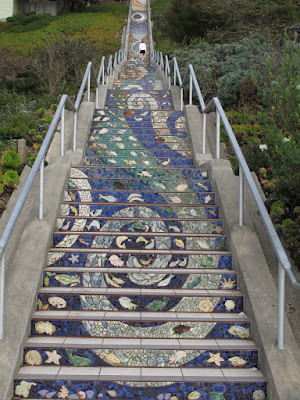 We've been discovering other ways of exploring the city other than car, bus, or bike. One of them is setting out to climb every Stairway in San Francisco. I heard there were 300 of them! There is actually a book on all the Stairway Walks in San Francisco by Adah Bakalinsky. A patient recommended it to me and said this is one of the best ways to explore SF and it's unique views.

One of my favorite views of the city and the sunset district is from the top of this Moraga Mosaic Staircase! This was a community project that was started in 2003 and finished in 2005. A couple of local artists led the design and then over 300 neighbors helped design each tile! It's an amazing art piece. It starts with an oceanic theme, to land, and then ends with the sky.

After you climb 163 stairs it leads you to another set of stairs. At the very top is an amazing view of the bay, downtown, and the sunset district.
Posted by Bev at 10:43 AM 5 comments: 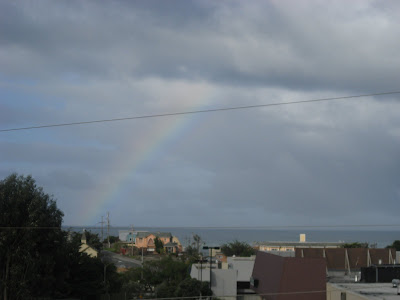 I work two days a week in this amazing office that is perched in the hills of Pacifica. Pacifica is a sleepy beach town just a 25 min drive from the city. Half of my room is filled with windows that swing open towards the ocean. I feel like I'm working outdoors with the ocean breeze coming through my windows! On a clear day you can see all the way out to the Farallon Islands. Also, when it's the right time of the year you can spot whales breaching from my window! 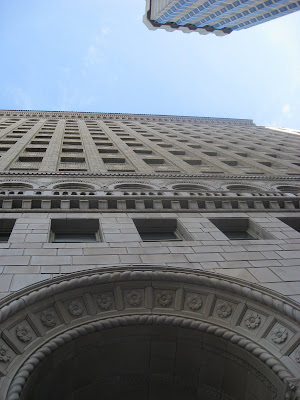 The other two days a week I work right in the heart of downtown (Union Square). I work on the 10th floor that boasts amazing views of the city. Of course the city office is a faster pace because everyone is always in a hurry but I meet the most interesting people here! I feel so lucky to have the best of both worlds.
Posted by Bev at 2:00 AM 1 comment:

I've been trying to cook more because eating out is starting to get expensive in San Francisco! I found this recipe in the Runner's World Magazine and wanted to share it with you. If you have a favorite vegetarian recipe please share it with me! I'd love to try out your recipes! Enjoy. 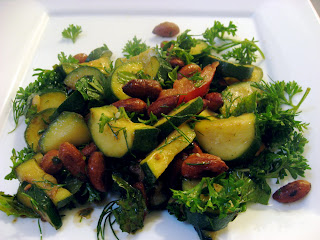 It's never a dull moment in San Francisco especially on the weekends. The San Francisco Orchid Society hosted their 57th Annual Orchid Exposition this past Sunday at Fort Mason in the Marina. We headed down with a couple of friends and started walking through a warehouse of beautiful orchids from vendors throughout the US.

I have new appreciation for orchids and didn't realize how many different species there were. I learned this weekend that Dendrobium Orchids are listed as one of twenty top ecofriendly house plants. I also learned that energy from the sun is stored as organic acids during the day, then used to fix carbon at night, releasing oxygen in the process. They do this so they don’t have to exchange gasses during the heat of the day and lose excess water. Through this natural process, these orchids use carbon dioxide, release oxygen at night rather than during the day as most plants do.

Anyway, just wanted to share a few of my favorites from the exposition. I ended up buying my first Orchid plant! They seem really easy to take care of. You have to just water them once a week. Fertilize them at least once a month. As long as you find a spot in your home that isn't in direct sunlight but gets good ventilation you should be fine. Let's hope I don't kill mine! 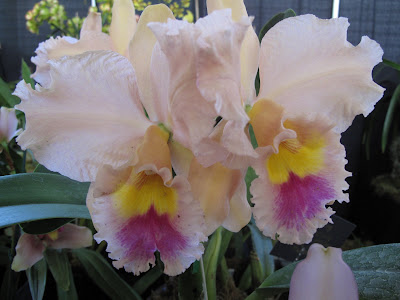 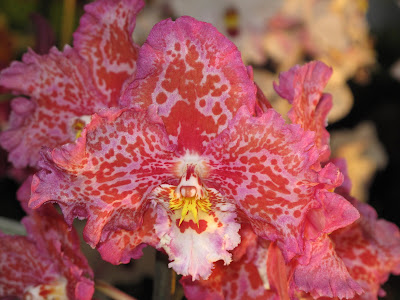 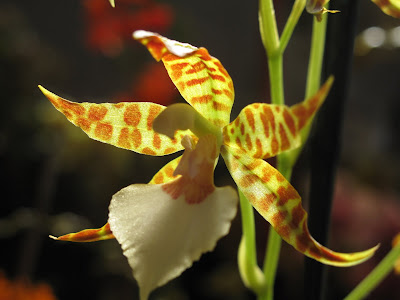 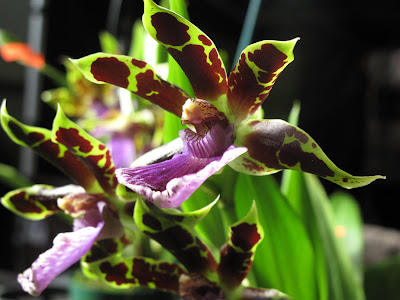 Some of these Orchids have such crazy beautiful patterns! They almost remind me of Nudibranchs! I miss diving!! 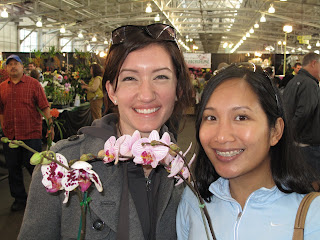 One of the sweetest spots to watch sunrise just across the Golden Gate bridge at Marin Headlands. 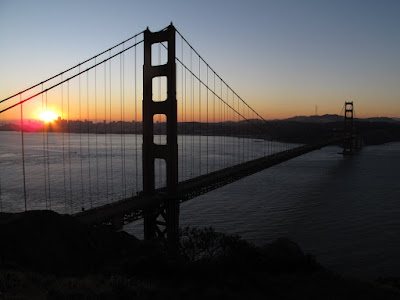 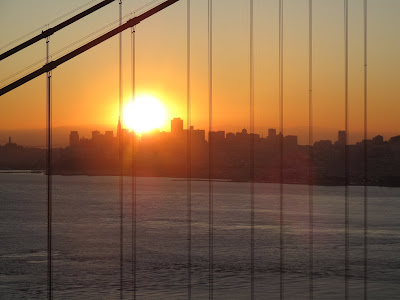 Elbow Space and the MUNI 30

One of the things I love about living in San Francisco city is that you can get just about anywhere by MUNI bus, Bart, bike, or on foot. I love not having a car or driving! I love that SF promotes an active lifestyle. Anyway, my day always starts with a bus ride to work into the city from the Marina.

Lately I have been experimenting with taking different bus routes to work. It's mainly because I dread going through Chinatown on Stockton Street. There are about 4 stops and at every stop MASSIVE amounts of people get on the bus. The whole bus is jammed packed! People are sitting and standing crushed up against each other. There's really no elbow space. What's annoying is that some people won't even move to let you off the bus for fear of losing their place where they are standing. I usually try and sit near the exit so I can squeeze by. Now, I'm not complaining because each day is an adventure in SF. It's just taking me awhile to get use to the crowds of people.

A couple of websites I have found extremely handy are the www.nextbus.com website and www.transit.511.org website. The next bus website on my phone tells me when the next bus is coming to my stop so I don't have to stand around and wait for it. Whoever created that website is in my mind, a genuis! I usually run out the door when I know the bus is coming within minutes. The transit.511 website can tell you how to get to anywhere in the city by route of bus, bart, or walking. So far I'm loving it here!

So I'm back from the blogging graveyard. Expect to hear more about my life in the Bay=P
Posted by Bev at 4:12 AM 2 comments: